Our route north in Portugal finally took us to Porto. We have really been looking forward to seeing the Duoro River and Porto, in addition to learning about port wine. What we didn’t know was that “Porto” is actually made up of many cities but the largest are Porto, on the north side of the river, and Gaia on the south side of the river. The metropolitan area of Porto goes all the way to the beaches on the Atlantic Ocean. But Porto itself is very approachable, with good restaurants and friendly people.

Arrival and Our Apartment

While our arrival the prior week in Lisbon was fraught with the fear of facing down a cable car coming at us on a one-lane wide street, the car access to our Porto apartment turned out to be worse. Our apartment was on a restricted street, controlled via a special fob that only residents have. Worse yet, we had trouble understanding the arrival instructions, meaning we wound up dragging all of our bags halfway up the hilly street instead of down. At least parking was not far off this time.

Rather than having a large central space with fixtures on the wall, our compact studio apartment had a single block in the center. The block was formed by a decent kitchen and bathroom. It also had a lot of built-in cabinets. Traffic flow went around the block from the front door to either a bedding area on the left or a living/dining area on the right. It was a clever design with one big miss: the bed barely fit. This meant that Diana would have to walk around the block to get to the kitchen and I had to walk around the other way to get to the bathroom. Placing the block even 8 inches toward the living room would have made a big difference. Measure twice, cut once, right?

The other challenge was the perhaps-too-clever oven/microwave unit. It had god knows how many functions managed by two twisting knob/buttons. Lacking a manual, it took me a while of playing around before I could figure out how to microwave some food. Minimalism should have some limits, I guess.

Seven Bridges, There Are

The original settlement for the area was actually across the river in the pre-Roman town of Vila Nova de Gaia, south of the river Douro. Porto started out as the port of Gaia. Muslim rule in the 8th century chased most of the inhabitants from Gaia to Porto, which remained Christian.

There are seven bridges that cross the river between Gaia and Porto. We took a cruise along the Douro to take in the river perspective and see all the bridges. The Puente de María Pía single-track railway bridge is the oldest and was designed by Gustav Eiffel (yes, that Eiffel) in 1877. His Paris tower came later in 1889. In use until 1991, today the Mia Pia is basically a monument.

The Dom Luis I bridge, not far away, was designed by Théophile Seyrig, a disciple of Eiffel. Seyrig also contributed much to the Mia Pia bridge. Inaugurated in 1886, the Dom Luis bridge is much wider and better located than the Mia Pia bridge. The top deck is used by people and trams while the lower deck handles car traffic. The other bridges are not particularly notable.

As we did in Lisbon, we arranged a Tuk Tuk tour on our first full day in town. This time, we adhered to the 2-hour plan. In return, we quickly got oriented to the city as well as some history on sites we could return to. We started at the Cathedral and Bishop’s Palace with a spectacular view of old Porto and Gaia. Then we saw the train station with its historical tile walls, the prison, the Harry Potter bookstore – Livraria Lello, the original 2nd-century wall, and the larger 11th-century wall. We also got a beautiful view of the UNESCO registered Porto waterfront complete with antique boats holding barrels of wine. Just like they used to transport the wine from the Douro to Gaia. It was a relief to see that while Porto is hilly, the hills are less steep than Lisbon, making walkabouts a little easier.

Our final stop was for a glass of port at the old Monastery on the hill above Gaia. This site sported a grand view of the port warehouses all over Gaia. Brands like Taylor’s, Sandeman, Graham’s, and Croft are all present. Historically, port wine was only aged in Gaia, away from the harsh temperature variations of the Douro valley where the wine is produced. The law changed in 1986 to allow aging in and export from the Douro valley, but most Port still is still aged in Gaia.

Of Books and Cameras

Porto holds a special place in the hearts of Harry Potter fans. J.K. Rowling was a loyal customer of the Livraria Lello bookstore during her 1990s tenure as an English teacher in town. It’s easy to see how the shop would have inspired Hogwart’s library, especially when you see the curvy central staircase. Today, Lello does a brisk business in tourism. Enthusiasts spend up to an hour outside in line for the privilege of forking over 5€ to walk through the place. You can apply the entry fee to purchase, but I didn’t see anything less than 16€ available and, frankly, I’ve got no room to carry a book around anyway.

The other surprise find was the free tour at the former prison. Rather, the surprise was the extensive camera collection housed within. All types of cameras are present, dating back to the very first articles all the way up to 60’s spy cameras, and Polaroid instant cameras. This is a must for your photog friends. There was also some disturbing art on display. I suggest you skip that.

The Yeatman and WOW

The Yeatman Hotel is the grande dame of Porto hotels, even though it resides in Gaia. Technically, it resides on the grounds of the former city hall. Aside from the opulence, service, and charm you’d expect from such a place, it has a fantastic sunset view of the UNESCO riverfront and the Dom Luis bridge. If you can’t afford the $300+/nt for a room, you can rent the lifestyle as we did with a sunset dinner or even just a drink.

Also known as WOW, the World of Wine complex opened in July 2020. Consisting of 7 museums, 6 food, and drink establishments, and sporting a great view into Porto, WOW offers a lot. We chose to go to the cork museum and the wine experience. There was much to learn at both. We finished our visit with a drink in the bar, although our view was largely obscured by a tent put up for a TV show produced on site earlier in the day. Check the place out if you plan a visit to Porto.

Given that we are still a bit unfamiliar with Portuguese wine, we decided to take a wine tasting class. We’ve taken wine tasting classes in other locales and our hope was to leverage this class to learn more about regional varietals. What we got was nothing like what we expected nor like anything we had before, but it was completely worthwhile. Permit me to explain…

Blind Tasting Game is an Airbnb experience run out of a local wine shop. The shop owner gets students to focus on how the wine tastes in their mouths by teasing out three basic wine descriptors: body, acid, and tannin. The unique way that he does this is by building a drink from archetypal components of each of these characteristics.

With him, the first item you taste is pure lemon juice for acid. You swirl it in your mouth to see what parts of your tongue and mouth tingle with acid. Then you repeat the process with tonic water, which provides the tannic taste. Finally, he adds some brandy for alcohol to balance the body with the other tastes. It was a palate-expanding process that I wouldn’t mind repeating to help train my mouth for separating these components to describe a wine in the future.

Our host, then provided some information about the characteristics of three local wine regions to help us understand how the wines typically score on each of these components. Finally, he poured three local white wines and four local red wines and challenged us to name the origin based on what we learned. We learned that we weren’t that fond of the wines he chose and would need to keep searching. More importantly, we gained some new skills to understand wine better going forward.

We found some good eats around town. Diana loved a bakery on our street so much she claimed it for her own. Our repast at Dick’s at the Yeatman was very good if a little pricey. Our server brought out 7 different wines to taste until we found one we liked, just so we could each buy one glass. That’s dedication. We had a nice brunch at Zenith café, even if it took nearly half an hour for the bar to assemble the ingredients for a sangria. It turned out to be too sweet anyway.

One notable local dish you see all over Porto is the Francesinha. A sandwich of sliced beef and ham with melted cheese on top, maybe a fried egg. Then the sandwich is slathered in a medium spicy sauce, sometimes served over french fries. It reminded me of the Garbage Plate in Rochester, although not as good. I had two while in town and in both cases, the bread crusts made them hard to enjoy. I’ll wait for the artisan version for another try.

Two places are worth calling out. First, Adega do Sao Nicolau has a nice location on the Porto waterfront as well as a VERY good Rabo de Toro, which Diana enjoyed at length. We got lucky to slide into a table without a reservation. Finally, our best meal in Portugal was served on our final night at Chama, a mere half a block from where we were staying. For just 24€, Chama served a large prix-fixe of whatever they felt like making that day in a festive environment. Seven flavorful, thoughtful, and well-executed dishes were a joy to experience. Book in advance and come hungry.

Overall, we decided Porto was the place we most enjoyed in Portugal and we look forward to future visits. Returning is easier than it sounds since TAP airlines fly from the US to many points in Europe and allow free stopovers in Porto and Lisbon for up to five days.

With all this, when will you be coming to Porto? 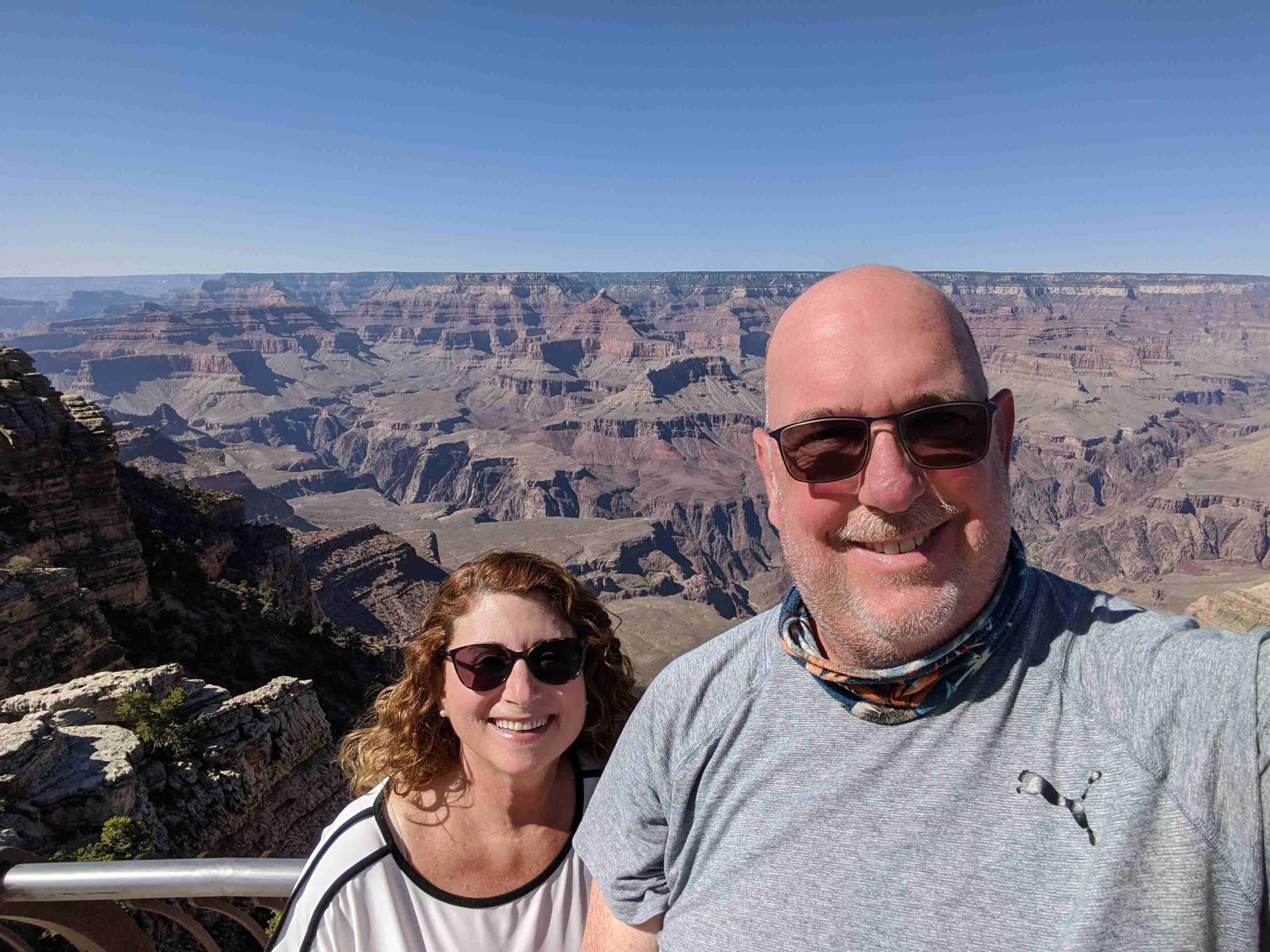